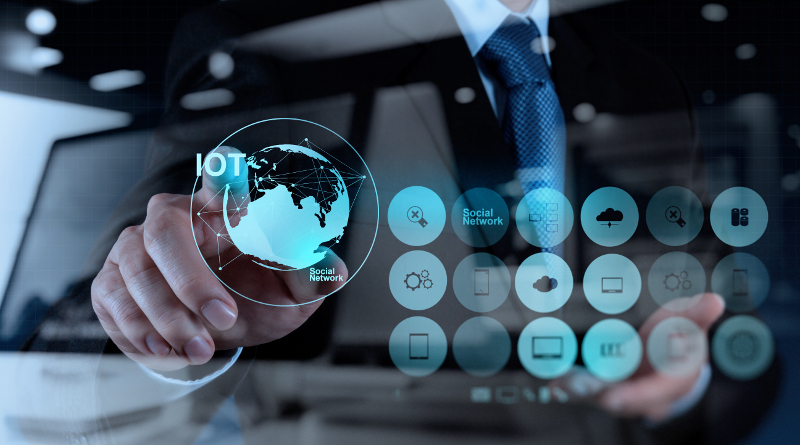 Even this year the IBM published (for the ninth consecutive time) what they believe to be “The five innovations that will help to change our lives in the next five years.” In fact these are the 5 major innovations on which the US computer giant has invested billions of dollars and for which they certainly believe to make profit in the next five years.

The document – which seems to evoke some narrations by Aldous Huxley – would seem to announce to the peoples of the world that only through a complete reliance on technology, the future can keep away the anxieties generated by the diseases, by the evil and by the limitations of the human being.

However, considering the five points from a broader perspective of observation, each of them seems to provoke a deeper consideration than it looks like.

Let’s see them one by one.

“1. In five years, what we say and write will be used as indicators of our mental health and physical wellbeing. Patterns in our speech and writing analyzed by new cognitive systems will provide telltale signs of early- stage mental and neurological diseases that can help doctors and patients better predict, monitor and track these diseases. At IBM, scientists are using transcripts and audio inputs from psychiatric interviews, coupled with machine learning techniques, to find patterns in speech to help clinicians accurately predict and monitor psychosis, schizophrenia, mania and depression.”

In other words, with the help of technology the post-modern man will try to better identify those social ills that just post-modernity and technology – more than other factors – have introduced into society. A machine into which you enter almost healthy, and from which you come out with a distinctive and discriminating label, only based on complex algorithms to recognize patterns of thinking. The complexity of the human mind, deeply studied for years by scientists like Sigmund Freud, Carl Gustav Jung, Melanie Klein, Alfred Adler, Erich Neumann and James Hillman, entrusted to questionable determinations of an automatic machine, will now be treated as a rational mechanism which will study the “defects” according to an assigned nomenclature.

Despite the great progress and achievements in this field, the investigation of the human psyche is still a land in which a lot of unresolved questions still grow, often due to the complexity and to limited knowledge of the mechanisms that govern it. This is not a discipline regulated by deterministic and undoubted rules and processes. It is therefore very improbable (if not even hazardous) to reduce the diagnosis in mathematical algorithms, albeit complex, in accordance to “pattern” structuring the speech and writing.

“2. In five years, new imaging devices using hyperimaging technology and AI will help us see broadly beyond the domain of visible light by combining multiple bands of the electromagnetic spectrum to reveal valuable insights or potential dangers that would otherwise be unknown or hidden from view. Most importantly, these devices will be portable, affordable and accessible, so superhero vision can be part of our everyday experiences.” 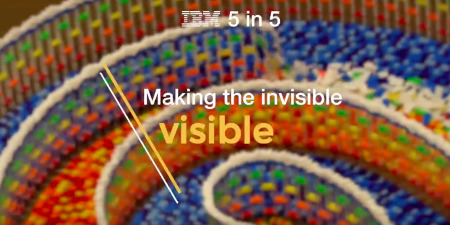 It is relevant here the intentional use of the phrase “a superhero vision“. Technology gives the illusion of being able to liberate man from deities. With it, he frees himself from the gods, because it gets for himself what was once forced to beg to God. The leave from the Gods marks the origin of technical knowledge, but what frees is also what binds (see “Prometheus: the eternal illusion“). However, the real hero, as the philosopher Giuseppe Lampis writes, “rises from the most absolute contempt for the time, the duration, the earth, matter. He is precisely the result of the emancipation by the desire to earthly power“.

This IBM’s second point should therefore aim to expand the eyesight, however, reducing our vision. Is it certain that among the man’s basic needs there is the ability to see things now hidden from the sense of sight, rather than enlarge his worldview? And couldn’t this Superman’s eyesight, besides allowing him to see a deer in the fog, possibly introduce further problems unknown today? Every technology brings with it a series of reflections and consequences that are regularly ignored under the economic and political pressures to which it is subjected.

The lab under the skin

“3. In the next five years, new medical labs on a chip will serve as nanotechnology health detectives– tracing invisible clues in our bodily fluids and letting us know immediately if we have reason to see a doctor. The goal is to shrink down to a single silicon chip all of the processes necessary to analyze a disease that would normally be carried out in a full-scale biochemistry lab.”

This innovation aims to collect successes through the induction and enhancement of the anxiety “to see a doctor“, a phenomenon that is going to evolve in line with technological progress of the last fifty years. Interesting on this point is the submissions of Emanuele Severino: “The Western rationalism is born with the purpose of providing the man a «remedy against the terror of life»”. In other words, the indiscriminate access of technology to all levels delivers the cheap illusion of being able to avert the confrontation with the mystery of life, always linked to the mystery of death.

How many would be willing to have implanted a laboratory-chip so that they can daily check the correct biological levels and call the doctor at every possible deviation signal? Probably many, unfortunately.

Paul Feyerabend, the known and acute Austrian philosopher and sociologist, using his typically dry and critic style, writes: “…Here they emerge very clearly the advantages of the old family physician, who knew his patients, their idiosyncrasies and their convictions: he knew what they needed and had learned to take care of them. Compared to him, the modern “scientific” doctors are like dictators who impose their ideas of health and illness under the guise of a therapy that, in most cases, is an exercise in futility”.

“4. In five years, new, affordable sensing technologies deployed near natural gas extraction wells, around storage facilities, and along distribution pipelines will enable the industry to pinpoint invisible leaks in real- time. Networks of IoT sensors wirelessly connected to the cloud will provide continuous monitoring of the vast natural gas infrastructure, allowing leaks to be found in a matter of minutes instead of weeks, reducing pollution and waste and the likelihood of catastrophic events”.

It might seem a positive message: basically it is to use technology for civil and environmental security purposes. Yet, on second thought, even here the technology comes to rescue the dangers and tragedies to the environment imposed by the technological development itself. As mentioned for the second point, the economic and political pressures dictate the immediate use of those innovations cataloged as – under some questionable views – “absolutely necessary”. Then, after decades of damage caused to the environment, they try to make amends. However, the systems used to contain this type of risk are very welcome.

This point 4 mentions IoT (Internet of Things). At this time, an unimaginable amount of non-human “agents” interacts transferring into the private lives of people the results of their Big Data, leaving a (small) part of control to the user and storing the data of individual users within their huge digital infrastructure. These include (among other things) surveillance cameras, remotely controlled switches, smart thermostats, sensors for home automation and new voice-controlled systems such as Alexa, Siri and Google Home. However, when these agents go beyond the ephemeral world of entertainment, to land on the shores of healthcare and medicine, few people would be willing to give up the new device that turns itself into a “totem” to chase away the evil of the world.

This is, for example, the case of the recent agreement between IBM, Apple, Medtronic and Johnson & Johnson for the study and production of wearable devices dedicated to the analysis and treatment of diabetic patients. The device (presumably a watch) will be connected online and transmit sensitive user data to a reference database.

In this regard, the clear declaration of Kyu Rhee (CHO IBM Watson) may dispel any doubt about the motives of the project: “Our hope is to impact not just the doctors, the researchers, the patients and caregivers but also the entrepreneurs“.

The meaning of data

“5. In five years, we will use machine-learning algorithms and software to help us organize the information about the physical world to help bring the vast and complex data gathered by billions of devices within the range of our vision and understanding. We call this a “macroscope” – but unlike the microscope to see the very small, or the telescope that can see far away, it is a system of software and algorithms to bring all of Earth’s complex data together to analyze it for meaning”. 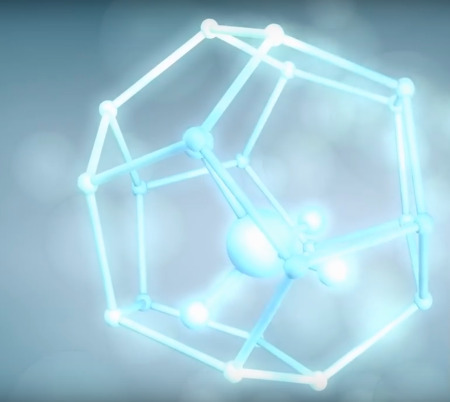 The descriptive details of this point state that the data on climate, soil and water will allow the birth of a “new generation of farmers” to produce “optimal performance“. As for the others, this point is not free from the trap of performance and profit. In other words, the innovation should be able to generate profits to be interesting, regardless of any other ethical consideration.

No examples are needed to understand that the Big Data phenomenon is an often disconcerting reality because of the number of information to manage, and what for us today is called “Big” it will not be anymore in 5 years, from where it will be necessary to coin other terminologies and corresponding analysis and technologies. But the most striking feature that we detect approaching the phenomenon of Big Data, is precisely because of the size and deconstruction of data themselves: the information does not exist until the question is formulated. This is much more decisive of all possible answers as, without appropriate constraints in the questions, the answers may be staggering, and harbingers of tragic drifts in the name of progress.

It is increasingly clear that large parts of the Western world’s population today remain fascinated and completely “kidnapped” by the persuasive appeal of technological progress and of new devices placed on the market. However, there is currently no supranational “ethical” body that controls and verifies the technologies available to the public. This makes the industry totally free in making purely economic and profitable choices that does not always agree with the real needs of mankind.

According to Feyerabend: “the science, that in the past centuries has actually released intellectual energies and was the opportunity of remarkable innovations, has now become a business that owes its extraordinary popularity and its enormous social authority in particular to its spectacular technological applications. The human and civil progress does not necessarily coincide with the technical and scientific one”.