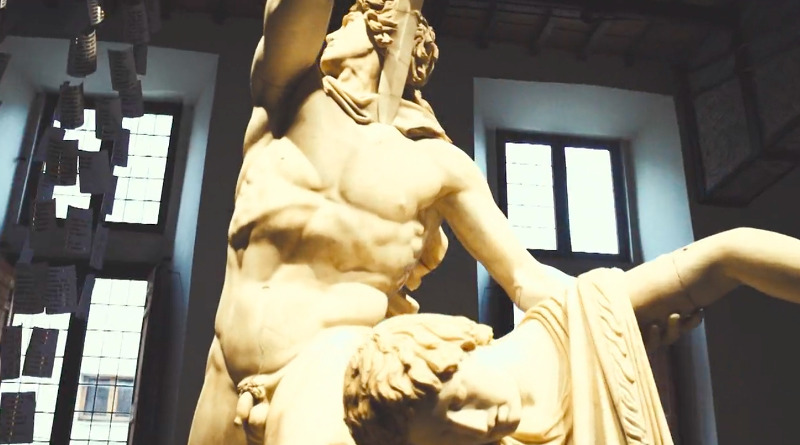 He goes seeking liberty,
which is so dear,
as he knows who gives his life for it.

They call it “infosphere”, as an extension of the cyberspace.

This term is used to indicate the entire informational environment in which users of modern technologies are immersed, that is, the whole of the information space and of any system able to interact with it. It is the global environment in which the modern man lives today and in which future generations will be increasingly involved. The evolution of this system has been – and continues to be – so rapid and revolutionary to raise in all humanistic disciplines, anthropology first, the need to study and develop new areas of behavior and meaning of life in the digital age.

The new currency of the 21st century, as precious as gold, is now represented by “data”. Complex algorithms and computing infrastructure swallow every moment enormous amounts of data to draw valuable trade profiles, behavioral predictions and – in some cases – surveillance and control models. However, the acquisition of such information has a very high cost that results in the loss of personal privacy and individual freedom.

Big Data is ultimately going to help humanity. If it’s used the right way, it will allow us to solve some of the most pressing public health, poverty, security and safety issues, but it comes at a price. Just as it will bring about fascinating new technology by monitoring human interaction, it will allow for just that – the monitoring of every human interaction. Google searches, the apps in your smartphone, your credit card swipes and surveillance cameras make you an open book. Everything can be known, and in some cases everything is known.

Let’s take for example the Singapore model. Each citizen has a smart card with a chip in which the individual’s digital identity is enclosed. Based on the reputation contained in the chip, the state and society establish the moral and professional value of the person. Today Singapore offers us an example of what might be the future: a “human project” based primarily on socio-financial success, education and social status, which, however, has the price of the individual freedom. The state “anticipates” any illegal behavior through the use of complex software based on abnormal behavior analysis, actions, decisions and individual movements. The system even recognizes faces and analyzes ethnicity and, based on the case studies, at the airport some races are more often stopped than other. The algorithm decides everything. 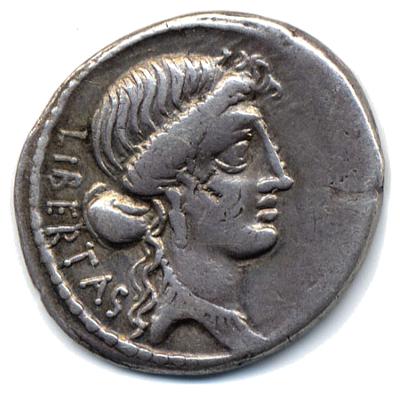 Many have in mind to emulate Singapore’s model, but there is something seriously disturbing in all this: an excessive and exaggerated control component from the institutions. It is a State often strongly criticized by Amnesty International because of “problematic” dealing with human rights and it is also where a single party dominated the political scene over the last 60 years.

Liberty is the expression of personal dignity, an asset that you can not buy at any price. Morally, the conditions for true freedom are represented from fulfilling our civic duties and respect the rights of others. Yet they seem to come times when we give up our liberty more easily than in the past. Sometimes unconsciously, as we walk framed by the cameras, other times expressing our voluntary will on electronic forms of digital services agreement.

But what does it mean, in our time, to recover our freedom? What leverage to reaffirm this right? This seems increasingly difficult in an age where everything seems to relieve man from this responsibility, lift him from the heavy commitment to manage his freedom in exchange for quick and pre-packaged solutions in a uniformed life.

It comes up that wonderful story by Dostoyevsky called “The Legend of the Grand Inquisitor“, the tale told by Ivan in the novel “The Brothers Karamazov“. The Inquisitor accuses God of having left the men at the mercy of the free will that they, in their smallness, are unable to support. The great theme of the Legend is that of freedom and power: the Grand Inquisitor is presented as liberating men from the burden of freedom. It almost seems a contradiction: to free from freedom. But it’s just that he wants to do: raising human beings from what he claims to be the curse that Christ came to bring to men. The vast majority of them does not suit the dizziness of freedom, but the spiritual servitude. Why, asks the Inquisitor, are you back? You have no right to return to Earth to prevent us from ensuring men that humble, warm, childlike happiness that they can afford once they give up Your freedom.

By entrusting man’s relationship with the pain and fears to the technology, humanity is moved away from its freedom horizon. The supreme problem related to a consciousness of values has been shattered into a thousand little problems whose solution completely blurs the vision: he illusion of always being informed (through a barrage of fake news), the tranquility of being constantly monitored and protected from evil, the address book that keeps its integrity during device replacement, our personal data safe in a faint “cloud”, are the proof of the success Faust’s experiment, the opportunity described by the Grand Inquisitor!

After two thousand years, the Phaedrus fable (I century A.D.) “The wolf and the dog” seems to be always topical, in its direct simplicity dense with meaning:

Once a Wolf, starving with hunger and cold in the winter snow, chanced to meet a Dog. The Dog was plump and well-fed, his coat shining with health and strength. After they had said hello, the Wolf asked the Dog, ‘ How are you so sleek and plump? What do you eat that has put so much flesh upon your bones? I am stronger than you, and by far the better hunter, but here I am, cold and starving in the winter.’

‘You can be as well-fed as I,’ replied the Dog, ‘if you are willing to take a master and serve him as I do.’

‘What would I have to do?’ asked the Wolf, curious.

‘You’d have to guard his house and home from thieves and unwanted visitors,’ replied the Dog.

‘Oh, I’m quite willing to do that,’ declared the Wolf. ‘Right now, all I have is snow and rain, and must bear every assault of the weather. It will be so much more pleasant living under a roof, with a warm fire and a soft bed and food to fill my belly at the end of a long day.’

‘Well, come with me then, I’ll take you to my Master,’ said the Dog.

The two animals set off together, running side by side as friends do. As they went along, the Wolf noticed the mark of a chain around the Dog’s neck. ‘What’s that around your neck,’ asked the Wolf.

‘Oh, it’s nothing,’ shrugged the Dog.

‘Well, they think I’m dangerous, so they tie me up during the day. They let me loose only at night, so I may wander where I wish unchained and protect their house from robbers. In exchange, they bring me food without my asking, and my Master throws me bones from his own table, and I get all the leftovers from everybody’s meals. And so my tummy is always full.’

‘Hmm,’ said the Wolf thoughtfully. ‘So tell me, what if you want to go somewhere on your own during the day, can you do so?’

‘No, of course not,’ replied the Dog.

‘In that case, Dog, enjoy your life of ease. I want none of it. It is not worth the price of my freedom.’ And the Wolf lollopped off, back into the woods.

A life of Freedom is sweeter than a life of even the greatest ease.