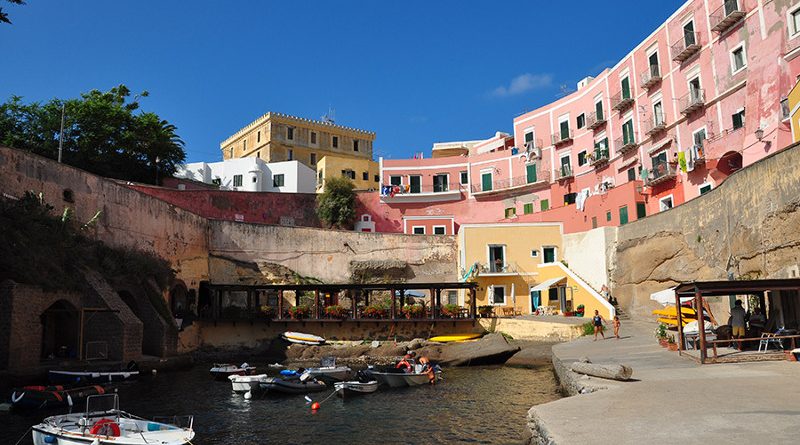 There once was a Kingdom strongly United, built on the honours of the people of Wessex, of Mercia, Northumbria and East Anglia who knew how to deal with the invasion of the Vikings from the east and of Normans from the south, to come to unify the territory under an umbrella of common intents. Today, however, 48% of them, while keeping solid traditions, still know how to look forward to the future, joining horizons and commercial developments along with the rest of Europe. The remaining 52%, however, look back and can not see anything in front of them if not a desire of isolation, breaking the European dream born on the shores of Ventotene island in 1944 by Altiero Spinelli, Ernesto Rossi and Ursula Hirschmann through the “Manifesto for a free and united Europe“. An incurable fracture in the country was born in a referendum on 23 June, in which just over half of the population asked to terminate his marriage to the great European family, bringing the UK back by 43 years of history.

As in all marriages, in the case of consensual, the output terms are mutually agreed. But in this case there is no mutual consent since it is a unilateral termination of the relationship, so the output agreements must necessarily take account of this decision in the preparation of the treaties for the separation. And, as in the divorce court, if it is determined that the rupture causes damage to the remainder he must be adequately compensated.

The presence of the UK within the European Union has always been very “sui generis” because exceptions and privileges have already been recognized to them in relation to other Countries, as well to not participate in the Schengen agreements and not joining the single European currency. Despite this condition of otherness in relation to other member states, the United Kingdom has not, however, been able to bear the thought that foreign, trade and financial policies could have been shared with others for a common purpose, so that nationalist and independent fringes of the country prevailed.

Numerous groups of intellectuals, scholars and political economists have set out in a loud voice to the citizens the advantages of Remain and the dangers of Exit. However, their efforts were in vain. Looking at the map of the vote, we notice that the decisive choice has come from the more rural areas of Britain and Wales, where perhaps the citizens had not perceived the advantages of belonging to the European Union, and where the most autonomist fringes found fertile soil. The areas of London, Scotland and Northern Ireland have displayed a majority of Remain.

Prime Minister Cameron’s fault and responsibility is evident. In 2013, for exclusive reasons of domestic politics, Cameron promised the British a referendum to decide whether to stay or not in the European Union. In his intention the referendum was to serve as leverage to obtain additional conditions of privilege for Britain within the EU and – with this – to acquire a majority of votes by the British electorate. However, this political manoeuvring has proved to be a dangerous weapon that exploded in the hands of those who wanted to inadvertently use it.

For the foregoing, a consideration about the power of the Referendum institution, perhaps the most democratic expression available to Western populations, is becoming necessary. Any citizen is free to express his opinion and, according to that vote, the fate of the country could be decided. The vote does not discriminate against gender, culture and knowledge on the ballot question: one is worth one, for everyone. However, as was often the case in Italy, not everyone may have the necessary tools to make the decision, or be enough knowingly and objectively able to access and evaluate the content and consequences of a text submitted to a public referendum. Examples in the past have been many: nuclear power plants, artificial insemination, oil rigs, the status of workers, etc., all topics for which it was necessary to have high competence to be able to judge and objectively choose. Therefore, in these cases we listen to the political leaders, religious faith and trusted friend, carrying out an “entrusting” action of our personal choice in the hands of others. So, the crowd could be ensnared by those who have more media and communication skills, even if the subject-specific content are likely to be cleverly manipulated. Unfortunately, there are tragic examples in European history of highly experienced political leaders in ensnaring the crowds and drag entire populations to ruin, not to mention the most famous referendum experiment in ancient history, the Pontius Pilate’s one.

But rising to the top of the context, it should also be noted that the current European Union is increasingly taking an overly bureaucratic and pompous profile, almost hierarchical and aristocratic. This formal drift – that is in contrast with the cosmopolitan breath of optimism and cooperation born with the fall of the Berlin Wall – could dangerously put at the disposal of European autonomist and nationalist movements a concrete footing on which to base their next campaigns in the wake the Brexit.

As recently wrote Antonio Polito in the Corriere della Sera of June 24th, “a darker, more pessimistic time has begun. It is dominated by fear, by the desire to close in protectionism, isolationism, nationalism“. We hope it will be just a temporary gust and will not be upgraded to the strength of a storm, but that the forces of progress prevail, as they were understood in the Ventotene Manifesto in 1944: “The forces of progress must be extolled and extended, they must find increasing ranges for development and utilization; at the same time, the barriers which must guide these forces towards objectives of the greatest advantage for all of society, must be strengthened and perfected. […] A free and united Europe is the necessary premise to the strengthening of modern civilizat