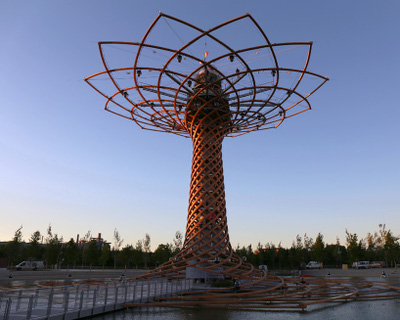 The “accelerated” world of the Western or “Westernized” countries seems to be fed by an insidious food, which generates a kind of psychological dependence: anxiety. The economy of global markets cannot help it, it has a structural need of it to feed their iron logic of survival. The anxiety generated in the masses of consumers and in market competitors is crucial for Companies fighting each other and now they can only live if men are projected to objective targets continuously moving forward, without ever allowing them to achieve a stable destination.

The consumer is thus constantly maintained in a state of perpetual breathlessness, always looking for the fresh air of liberation that could eventually reduce his tension. It is a state of anxiety caused by false needs generated by advertising campaigns whose primary purpose is to create a need, to interpret to their advantage a still confused psychological demand leading to the destination decided by the market.

It is thus necessary to keep the market and the consumers in a constant state of tension so that the whole society seems driven by a swirling vortex. This creates a constant and exhausting anxiety. Having lost any contact with his deep ancestral traditions that indicated the trail along the path, every single individual feels compelled – if he wants to exist – in keeping up a continuous and too rapid change affecting all aspects of life without however indicating the destination. Stress increases until it becomes unbearable and he ends up – in order to protect himself – by clinging to some habit that acts as ‘lifesaver’ and that gives some illusory gratification.

Even the Social Networks, created with the illusion of offering more interactivity and communication to individuals living in emotional and spiritual solitude, show worrisome effects. The younger generations live social networks in the frantic search for escape from a reality that offers them little prospect. They always desperately try to hold onto something new, something that may take away the crippling anxiety and give the illusion of being able to regain a sense, the charm of life.

More and more are the phenomena of addiction and not only by alcohol or drugs (whose extensive use has now entered the usual social behaviour): gambling, compulsive shopping, techno-addiction, eating disorders, etc. The result is a heightened state of isolation and pathological sleepiness. Simply board the subway to see that users, all connected with earphones and engaged in the vision of their phone or tablet, seem defend themselves from contact with others. Whenever you search for a solution to these phenomena of addiction, one has the impression of fighting the mythical Hydra with seven heads that constantly reborn. The results are never definitive as we are concerned to treat the symptoms without being able to tackle the source of problems.

How to reverse the downward spiral that leads Homo faber – naturally endowed with creative intelligence – towards a constant frustration, to lowering his dignity, to the anguish for the dissatisfaction due to material goods which only increase the sense of emptiness, boredom, nihilism?

Perhaps a new Renaissance can start from those large Enterprises (new patrons and guru of post-modernity) who know how to look far, responding to the deepest need of the human being which is never limited to the basic necessities dictated by instinct of life. The man is hungry for something that he feels missing to fulfilling his deepest humanity, and this hunger, lacking of adequate food, ends up by creating dissatisfaction and anxiety. Pressing is the need for change, for new models that reflect the needs of complexity and integration of a civilized community that walks towards the full development of its potential.

If globalization seems not only ready to answer all of our needs and all of our problems, but also to always promise something more, as time passes we find that in the frantic race to the new we don’t know anymore what to ask and what to look for. We have forgotten the original question, and therefore we can not even find the way to take.

Besides the satisfaction of basic needs, what seems to be missing more and more to the individual as to the community is the ability to ‘realize’ themselves, the ability to find their way to Man, strengthening their intelligence, their innate artistic creativity, their imagination, to feel like a “microcosm in the macrocosm.”

Domènec Melé, in “Can an SME become a Global Corporate Citizen? -2009”, writes: “If business firms were a mere collection of self-interested individuals continuously competing to achieve their personal goals, without any concern for common goals and with an absolute lack of cooperation, they could not survive”. In other words, the true transformative Enterprise must be able to deal and support also People, Talent, Culture and Crafts. 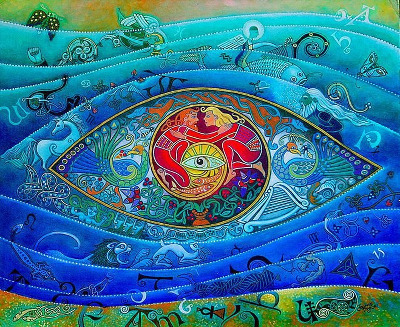 One of the major Italian industrial and business leaders of the last century was Adriano Olivetti, an enlightened leader who led his company to achieve incredible international goals, up to the first programmable desktop computer in the history, the Programma 101. He believed that it was possible to create a balance between social solidarity and profit, so that his organization of work included an idea of collective happiness that generated efficiency as a result. Olivetti was convinced of the idea of enhancing the content of his company, beyond what represented the mere economic assets.

As claimed by Maurizio di Robilant: “A business is not just a profit generator, but also a place for professional, cultural and interpersonal growth… Every company has an exclusive “wealth” made up of a balanced equation of the potential of its know-how and the mastery of its practices, a balance that optimises these intangibles and translates them in concrete actions and measurable results”.

Trade routes were paths of cultural development of encounter and integration between different cultures. At their intersection arose refined civilizations, materially and spiritually rich. The consumer goods can be traded and sold, enhancing the reception capability and the intellectual potential of the consumers, without letting them – annihilated by the inability to access those goods – come to destructive behaviours.

It comes to mind the piece of the famine in the Promessi Sposi by Alessandro Manzoni, who also refers to Jose Ortega y Gasset in his book “The Revolt of the Masses“: “In the disturbances caused by scarcity of food, the mob goes in search of bread, and the means it employs is generally to wreck the bakeries“.

Finally I would like to refer to Steve Jobs famous message at his commencement speech at Stanford University: “Stay hungry, stay foolish“, giving my interpretation about that encouragement as: “Stay hungry for knowledge, for creative imagination, for initiative, for corporate culture“.