The film and theatre director, screenwriter and author Alejandro Jodorowsky has recently launched an urgent appeal from a crowdfunding platform to raise the funds necessary to the post-production operations of his latest film “Endless Poetry“. While wishing Jodorowsky every success for its initiative and waiting to attend as soon as possible to his new masterpiece, we want to focus on the emotional content of his video.

Today Jodorowsky is about 86 years old, yet by his words and by his actions the overwhelming enthusiasm of a young man reflects. The love for arts is expressed with a so contagious life force that the attention to the age of this man comes immediately less, while we feel ourselves involved and overwhelmed by his enthusiasm and passion. So, the intense feeling of joy and participation joins the wonder of a rampant sharing. 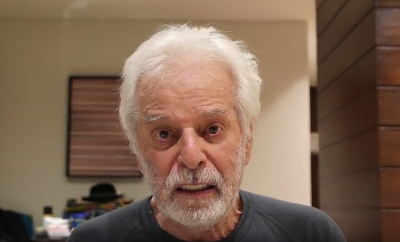 Jodorowsky’s call offers us the opportunity to consider a key aspect in search of achieving a goal: the constant passion for a project, regardless of the demonstrations of appreciation and confirmation that may come from the others. There are times when our intuition and creativity grasp with enthusiasm an idea or a particular project that we are passionate about, however it may happen that in some cases you soon abandon this intuition if the same is not properly supported by external positive ratings.

Instead, Jodorowsky’s example shows us how the internal pressure of a passion in which he believes can consistently show an achievable goal, regardless of age or social context, giving a meaning to our actions and a vital impulse that accompany us along the way.

The biggest obstacle and danger that you may encounter in this process is to seek consent from the others: this attitude immediately evokes a reaction of insecurity and confusion that completely frustrates our will and leads us into a sphere of disillusionment. Yet the weapons to avoid this trap are available in all of us: if our idea is based on an unconditional intimate love and on a passion that we sincerely believe, the track on which put the train of our own enthusiasm becomes immediately obvious to our eyes. The key issue is – as reported by the Bhagavad Gita in the words of Krishna addressed to Arjuna (Ch. 4) – to act without worrying about receiving fruit from our actions.

Nevertheless, the social mechanisms imposed to the modern Western man very firmly hinder this process of inner confidence and passion for his ideas, in addition to disabuse any creativity. According to the German sociologist Max Weber, the sequence of events that have accompanied the development of Western culture has led to a “disenchantment of the world“, and with it to a general sense of panic and depression. Everything seems having to be organized into already defined processes and very little room remains for the freedom of individual intuition or for looking for a sense.

The vitality shown by Jodorowsky, instead, seems to have returned him the enchantment of the world: creativity and an interior project, therefore, stand the test of time and indeed they increase with the years and help you live longer. An active mind, as we well know, keeps shining longer, resists dementia and other cognitive neuro disorders typical of advancing age. On the contrary, a bored, depressed and lazy mind is more subject to disorders, even physical. And studies in neurobiology are showing us – with increasing evidence – that the creative minds tend to live longer. The examples in the history abound: think of brilliant minds like Pablo Picasso, Igor Stravinsky, Wolfgang Goethe and Benjamin Franklin, who continued to produce works of genius into old age.

Pursuing with courage and intimate enthusiasm his own idea or his project, regardless of the immediate outcome and external consents, may then lift the man from the overwhelming social mechanism of the modern world, transporting him on a wider vision of his life (see The Boldness to be Creative).

Sometimes fear could intervene to hinder this process, but fear itself is proper to him who want to take action and has questioned its success. And as Ernst Junger says in “The Rebel“, when the action is taken, fear ceases and indeed a very strong excitement takes over, which can lead to heroism. “Without fear the courage would be meaningless; it is the dark shadow against which the risk appears more vibrant and more attractive” (E. Junger – Over the Line).