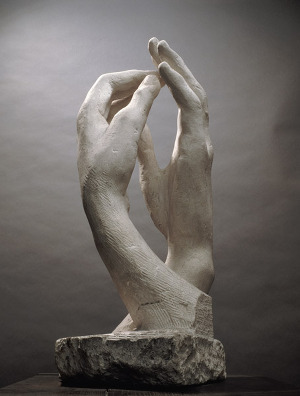 The binary code, although necessary for major social and technological developments, is annihilating the Homo Technologicus, stifling his innate freedom for analog connections. 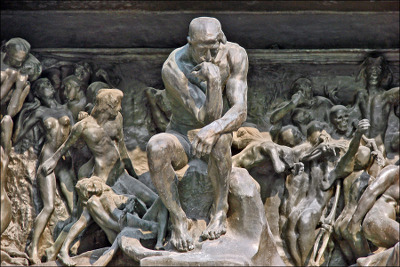 The first widespread use of the binary code was the Morse code alphabet. For decades, this communication system allowed to transmit information over long distances, between ships in the ocean and the mainland, between one continent and another, and today its use is still active in emergency situations. In its disarming simplicity (connect or interrupt two electrical wires), this system proved to be the shortest way to transcribe an alphabet.

Then, the Boolean algebra (binary) represented the language of communication between humans and computers, enabling the translation of instructions and commands towards the processing unit (microprocessor / CPU). This determined the Big Bang of the computers and the technological era.

Nonetheless, the binary code is the simplest of codes. Yes or No. Black or white. Dot or dash.

Because of this simplicity the man of the last century was able to build computing machines: it was the easiest way to teach a series of processes to an inert, without a proper intelligence, silicon chip.

The simplest, of course, but also the most elementary and the shortest to reach. Yet it has affected the life of man in the last 100 years.

If we think that to achieve the potential of today’s computing and processing, we are using the same numbering system used by the Australian Gumulgans (a Neolithic population), it is to believe that perhaps the road taken is merely a prologue and that there is still much to do.

The binary code is a complete abstraction. The human mind does not think in binary terms while technologies have changed the behavior of man, reducing its potential to an “either-or” way of thinking The most fanatical supporters of science fiction literature expect to see computers able to “think” like the human brain, but – for the moment – the result is only the addiction of our minds to the same mechanisms of the machine.

Instead of helping to grow the man, this process (which, remember, comes from a very basic code) is reducing his capacity. Nature is not binary and where you come to a fork with two alternatives, there is almost always a third one available (as shown by the work of Stephan Lupasco and Basarab Nicolescu on the properties of the “Included Middle“), but computers cannot understand this.

The history of Technique (from ancient Greek Techné) teaches us that it is the highest form of rationality achieved by man, that is: the action to achieve the ultimate goal with the minimum means. The binary code is an excellent example of this, but precisely because it is the “minimum means” it should not affect the pattern of human thought in sectors other than those for which it was adopted. Even if we keep talking in “pseudo-scientific” words, it is clear that the binary solution, in view of a continuous albeit devastating technological progress, shows its extreme conceptual simplicity and that other horizons should be investigated for a more effective man-machine dialogue.

Returning to the intrinsic nature of the binary code, it should be noted that it bases its foundation on the popular concept of the “law of excluded middle” (tertium non datur) which dates back to an Aristotelian vision of physics that ruled for centuries the postulates of classical mechanics: the principle of non-contradiction.

But physics itself has by now for decades overcome the classical concepts, crushing its foundations with modern theories of quantum mechanics. The quantum realism is based on ideas of discontinuity, of non-separability, of a-causality, of indeterminism. Faced with a choice that seems to impose only two mutually exclusive stringent conditions, there is always another point of view (or level of reality) where the conditions can both be differently understood.

It is in this direction that the most recent studies for a “quantum computer” are moving, using phenomena such as superposition of states (levels of reality) or entanglement, with a view to overcoming the limitations currently imposed by the choice of the elementary binary logic.

Specifically, the phenomenon called “quantum entanglement” occurs in those cases where it is not possible to individually describe the state of two particles but only as a superposition of multiple systems: a change in one instantly determines the change in the other, no matter the distance at which they are placed. Two entangled particles are no longer two separate entities but one evidence of a single entity. Hence, the obvious parallels with the psychological experience of synchronicity, as noted by CG Jung and W. Pauli in joint work The Interpretation of Nature and Psyche (Naturerklarung und Psyche – Jung and Pauli 1952).

However, the human mind already has all the necessary tools to overcome the barrier of the “either-or” dual mechanism. It has been created to be able to allow instantaneous analog connections, asynchronous insights and intense use of imaginative resources through its symbolic function. It is important not to voluntarily limit its creative abilities, not to stifle the incredible genetic potential at its disposal through mechanisms that are not their own, but are inherited from an unconditional and ever growing “entrusting” towards the technology.

We should reconsider the role of technology as a means – not the end – that returns to its task of helping human activities and let the images that arise within our intellectual space become symbols and metaphors that allow us to rethink the problems, redefine the alternatives, grasp the interrelations between seemingly disparate elements.

In other words, we must rejoin the processing capacity of both our brain hemispheres in that totality of thought that encourages us to think beyond duality. The human mind is able to come up with a choice with much more extensive possibilities than the simple binary logic: we may then find that what seems impossible from a point of view, within a limited scope, it is very often at our disposal and viable through a “third” possibility that suddenly materializes as an effect of quantum entanglement or synchronicity.

Alfonso Montuori (Professor at the California Institute of Integral Studies), wrote in his article Creativity at the Opening of the 21st Century: “It opens up possibilities as we challenge the limited and limiting hierarchical dualisms that cut right through modernity(…) It also leads us to valorize (…) competencies that were undervalued in a mechanized, routinized view of the world“. The essential problem is that modern man always entrusts himself and his intuition towards the easiest solution, the most at hand, the one that is offered by the technology that often allures and annihilates. With this attitude, the man inhibits its entire intellectual hemisphere, capable of immediate analogue connections and – therefore – of creativity. After about 200,000 years of evolutionary history, we now need an act of courage to be able to buy back a gift that has always been part of our microcosm: we need the courage to go back being creative.

3 pensieri riguardo “Analog thinking: the boldness to be creative”