As well as the simple reading of a musical score is sufficient to an experienced musician to recognize the most velvety harmonic variations of an orchestral piece, so the apparent coldness of a fragment of program code can stimulate emotions of ecstatic contemplation in the developer. 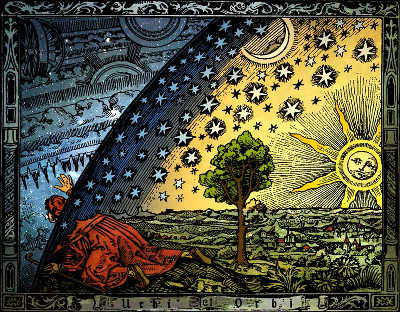 Don’t be misled by the simplicity of the laconic definition of the code as a sequence of instructions to be given to a computer to solve a specific problem. Generally, a problem has multiple solutions, the most simple and fast to implement, the most economical from the point of view of machine cycles or memory, the elegant solution and the makeshift one.

However, there is always a “poetic” solution, the one that has a particular and unusual beauty and that is always generated by the inexhaustible forge of the human intuition, in a moment of unexpected creativity that usually comes as a surprise even to the author himself.

The code is a language used to communicate with computers. It has its own syntactic and semantic rules and – as for writers or poets – also every developer has his own personal style, always recognizable and attributable to the author.

The code can talk about literature, mathematics or logic, and contains several levels of abstraction. It connects to the physical world of processors and memory chips achieving the required integrating bridge between an idea (abstract) and a physical action (material: a result, an image, a media clip, etc.).

A piece of software code assumes the dignity of “poetry” when the author abandons the schemes of the method and expands his vision beyond all reductionist barriers. Paul Feyerabend, the famous philosopher of science, in his treatise “Against the Method” reminds us that: “given any rule, however “fundamental” or “necessary” for science, there are always circumstances when it is advisable not only to ignore the rule, but to adopt its opposite”.

Richard Gabriel (mathematician, computer scientist, poet and writer) has recently proposed a “Master of Fine Arts in Software” in order to mediate in the practice of software the same creative paths of Fine Arts artists. In a recent interview, Gabriel said: “Writing software should be treated as a creative activity. When I’m writing poetry, it feels like the center of my thinking is in a particular place, and when I’m writing code the center of my thinking feels in the same kind of place.”

The place referred to by Richard Gabriel is the “place without place“, always there to orient and guide us, the place where the authentic and original unity of knowledge is recomposed and where the author swims in his own creativity.

Speaking about the architectural function of the creative man during his technical-practical action, I’d like to quote a beautiful thought of the philosopher Giuseppe Lampis, taken from his article “Homo Faber“: “The craftsman is the man completed with all his power, who has been inscribed in the Pentagon most recently by Leonardo at the dawn of modernity and before him by Vitruvius and before that from ancient wisdom traditions”.