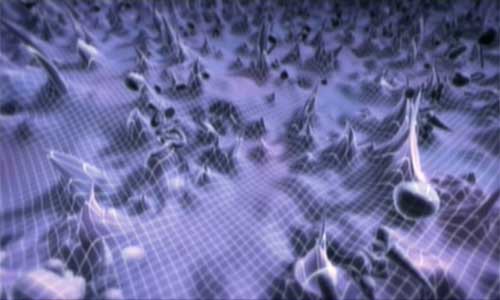 In the perennial search of the meaning of life and the fundamental laws that govern nature, man was always faced – for millennia – with the mysterious concept of emptiness. What is emptiness? Does it really exist in nature? Is emptiness the non-being, as theorized by Parmenides? 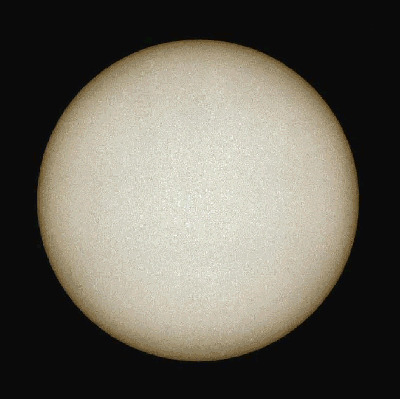 Until the early years of the last century, technology had not yet been able to equip scientists with the necessary tools to investigate the innermost structure of matter, so the concept of emptiness was always faced with insights and metaphors that led, over the centuries, to a broad philosophical debate.

For the ancient atomist Greek philosophers, the existence of emptiness was not only possible but had become a necessity, becoming the ontological principle for the existence of being: for them, actually, the emptiness that permeates the atoms is what allows movement.

Aristotle was later to contradict this idea by introducing the philosophy of horror vacui (fear of empty), stating that “the nature flees emptiness” (natura abhorret a vacuo), and therefore it constantly fills it; each gas or liquid is constantly trying to fill every space, avoiding to leave blank portions. In 1500 the doctor-alchemist Paracelsus (Philippus Aureolus Theophrastus von Hohenheim Bombastus) argued that the human body was influenced not only by the stars and other celestial bodies, but also by a kind of subtle emanation or fluid that pervaded the universe. Immediately after, the first scientist to claim that there is no such place where there is no matter in physics – and consequently that emptiness does not exist – was Gottfried Wilhelm von Leibniz. Later (around the late nineteenth century) the Croatian physicist and engineer Nikola Tesla, claimed to have discovered a source of unknown and inexhaustible energy existing everywhere in the cosmos, and that could be utilized. The biologist Georges Lakhovsky, who lived at the beginning of ‘900, affirmed the existence of an energy field that would fill the entire universe in intermolecular and intra-atomic spaces of the building blocks of matter.

Hence, emptiness does not exist.

In the first ten years of the ‘900 the scientists determined that the atom is mostly an empty structure. It is not simple to give a definition of its dimensions or proportions, but we can consider that the atomic nucleus (consisting of protons and neutrons which, in turn, consist of quark bound together by gluons) has an average dimension of the order of 10-15 meters, while the electrons move to a most likely distance of about 10-11 meters from it. In other words, 99% of the space occupied by an atom was determined to be empty. If you assume the nucleus of an average atom equal to the size of an apple, its closest electron would be at a distance not less than one kilometer.

Therefore, an empty space exists between the nucleus and the electrons that can not be occupied by nothing else than forces. Yet it is this emptiness that constitutes forms and it is itself that creates the substance, precisely that “form and substance” much debated by the ancient Greek philosophers. A “structuring” emptiness that sustains the universe.

In the second half of the last century, the mathematical model describing the Quantum Field Theory (QFT) has been developed, a kind of “second generation” quantum physics that was born with the intention to unify the relativistic and quantum theories and to investigate the behaviour of matter at the subatomic level (for instance, in the layers below the nucleus and electrons).

The vision offered by QFT requires abandoning the distinction between material particles and emptiness. They should be seen as condensations of a continuous field that is present in all of space and cannot be seen as isolated entities. One of the most remarkable results of this theory is to have discovered that the empty space is not empty: it appears like that just because the relentless creation and destruction of particles occurs in it on very short time intervals, not letting the investigator the time for their detection. The small degree of uncertainty that exists among the various levels of energy and time causes (for very short intervals) fluctuations of the system energy. For times ranging around a billionth of a trillionth of a second, an electron and its antimatter partner – the positron – can emerge suddenly from nowhere, join up and then vanish. This is more than just a hypothesis; the effects of this spontaneous behaviour of creation and annulment have been measured in a lab under specific agreement with Heisenberg’s Uncertainty Principle. In this way, emptiness contains an unlimited number of particles that are generated and that disappear in an endless process.

For Heinz Pagels of Rockefeller University, emptiness resembles the surface of the ocean: “Over long distances the vacuum appears placid and smooth – like the ocean which appears quite smooth when we fly high above it in a jet airplane. But at the surface of the ocean, close up to it in a small boat, the sea can be high and fluctuating with great waves”. Physicists call these particles “vacuum fluctuations”.

In which “vacuum” these phenomena occur? You will not be able to get the vacuum in the laboratory with the usual tools, as what you would get would be just a high thin air, which still contain billions of particles. The vacuum in which these fluctuations occur is just what is currently between the atomic nucleus and electrons that move around it. In this space, virtual particles are created. You can not see them directly but their effects are measurable on the peripheral electrons of the atom itself, as developed in the physical experiments Willis Lamb.

We have therefore come, once again, to the determination that the vacuum does not exist.

Thousands of years are passed in this perennial debate and today science offers us a picture of nature that perfectly reflects what was already perceived by the ancient cultures of wisdom in their vision of man in the universe. The Heart Sutra (I century AD) reads:

The man, therefore, in his long nature exploration, rediscovers himself again today in front of an old thought expressed by Parmenides around 500 BC: there is only being, vacuum does not exist because if it existed, it would be and therefore it would not be non-being. Because non-being is not, it does not exist.