The paths of life to guide us towards the knowledge are many and a straight; well-defined line does not always represent them. Among these, the theory of Fuzzy Logic can help us to better understand some of the methods that maybe for too long we have lost the habit to use, if not even forgotten, because of the residuals of the positivist scientism. 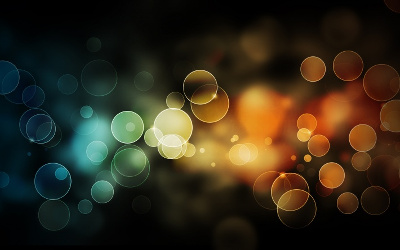 All the elements making up the majority of the categories of everyday life (feelings, emotions, opinions, values, quality, etc.) cannot be defined in a unique or exact way. Let’s try to define an event that causes severe pain: a hammer blow on the finger? The loss of a loved one? Tooth extraction? It is evident that the answer can vary in a very consistent way, based on the subjectivity of the individual, the environment, boundary conditions and the general context. This is because the “Strong Pain” is a fuzzy set (which we will call SP), characterized by a function of “degree of membership” which maps the elements of a universe in a real continuous interval between 0 and 1. In practical terms, the fuzzy set SP takes account of all the elements (physical or otherwise) that may cause pain, assigning to each of them (on an individual basis) a variable parameter between 0 and 1 called “degree of membership“. A value of 0 (zero) indicates that the item is not at all included in the fuzzy set, a value of 1 (one) indicates that the element is certainly included, while values between zero and one indicate the degree of membership of the element to the SP set.

In classical set theory, the membership of the elements is assessed in binary terms according to a bivalent condition – an element either belongs or does not belong to the group. On the contrary, the theory of Fuzzy Sets allows for the gradual evaluation of belonging of items to it, according to established rules depending on the context. The Fuzzy Set theory is an extension of classical set theory because it does not apply to the Aristotelian principles of non-contradiction and the excluded middle (“tertium non datur“).

Theorized in 1965 by Lofti Zadeh (mathematician/engineer at the University of California, Berkeley), Fuzzy Logic draws the basics concepts from very ancient ones already intuited by Plato, Descartes, Bertrand Russell, Albert Einstein , Friedrich Nietzsche, Jan Lukasiewicz and Max Black. It was the Polish mathematician Łukasiewicz who first spoke of many-valued logic, to consider then the spectrum between truth and falsehood as a continuum between 0 and 1, giving up the binary dichotomy. The theory of Zadeh was initially greeted with coldness and adversity from the Western scientific community, who could not perceive the immediate value because of a prevailing attitude of concrete reductionism.

There is a famous phrase of Einstein (published in Geometry and Experience, 1921) which was often used as a reference by scholars of fuzzy logic: “As far as the laws of mathematics refer to reality, they are not certain; and as far as they are certain, they do not refer to reality”.

Another bivalent nature topic is the concept of probability. It tells us how likely an event happens or not. Yes or no, without any intermediate choice. Instead, Fuzzy Logic introduces an unusual (for mathematics) concept of vagueness or uncertainty of things. Sets overlap blurring, the boundaries become fleeting precisely where it was thought that an item ceases to be that element. Each with its own degree of membership, objects simultaneously belong and do not belong to a certain set. The value assigned to a degree of membership of an event in a fuzzy set, does not represent its chance to happen or occur, but indicates the extent of a vague deterministic fact.

An example will clarify. Saying that, for a certain subject, a 22 ft. tree is “high to 65%” indicates that for the 65% the tree belongs to set “TT = Tall Trees” and 35% to the set “ST = Short Trees “. That is, the set is fuzzy as it is not possible to deterministically define the subjective value of a tall or short tree.

Other common examples of fuzzy sets can be “distant lands”, “average temperature”, “sweet apples”, and so on. 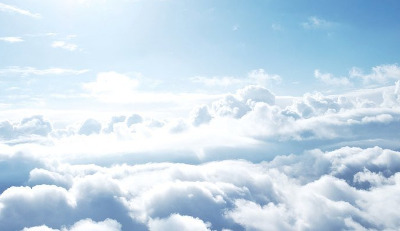 One of the most obvious differences between fuzzy logic and probability theory lies in the fact that while the latter deals with “populations” of elements and average behaviour of the same in the long term, the fuzzy logic instead focuses in describing the individual: the “fuzzy” individual.

In 1927, Werner Heisenberg enunciated his Uncertainty Principle in quantum mechanics by showing that some things can never be known, or are unknowable in principle, making the doubt a scientific axiom. At the time of these great revolutions in physics, mathematics offered scientists the Theory of Probability and this seemed the best way to symbolically describe the behaviour of the particle nature. However, while not altering anything of the great conclusions of quantum mechanics, his description could be re-evaluated in terms of fuzzy logic. In this regard, the principle of Uncertainty, rather than to assert that we can not observe at the same time position and trajectory (velocity) of a particle with absolute certainty, it could assert that the two parameters instead can both be seen with certainty, but with different degrees of “accuracy “.

Here are two statements. One of the two is false.
Which one?

With a traditional approach, we will get that the first statement is obviously true. So the false one is the second statement. But if it is false, then it is false that “one of the two is false,” so it must be true. But if the second is true, then the second must be false one! The Aristotelian logic proves unable to determine whether these propositions are true or false. It is structurally unable to give an answer just because it is bivalent, that is, because admits only two truth values: true or false, black or white, all or nothing.

Applying a fuzzy reasoning developed by Bart Kosko (one of the brightest students of Zadeh), we can instead characterize what is the degree of membership of the second statement to the True set. In this case, the value of truth coincides with that of its denial (the sentence can be as true as false), calling to mind the concept of coincidentia oppositorum of Niccolò Cusano (1401-1464). After few short mathematical steps you get v = 0.5. That is, the statement of the paradox is neither true nor false, but is simply a half-truth or, equivalently, a half-lie. The two possible conclusions are in the form of the contradictory A non-A, which completely invalidates the dichotomous reasoning. Instead, for the fuzzy logic this would not be the case as the phrase is true and false at the same time, with 50% of accuracy.

Beyond the logical formalism

The brief mathematical conceptual introduction which precedes, albeit without going through the syntax of symbolic operations on fuzzy logic, it probably has tracked the fundamentals. This new logic is superimposed on the previous one, replacing the old concepts of conjunction and disjunction with new ones, while maintaining a core of significance with them.

The reflection of this new descriptive route has allowed the creation of technological equipment that fit user’s characteristics, in the sectors in which the factors of quality did not allow an accurate use of binary logic: Hitachi, Nissan and Honda (devices for the automotive industry), Toshiba (elevator control systems), Matsushita (air conditioning), Canon (photography), Samsung and LG (washing machines), Omron (fuzzy controllers). The list of major manufacturers indicates that fuzzy logic, in industry, has had immediate application by Eastern enterprises, although it has been theorized and developed in the United States.

This is probably because the approaching model governed by the Aristotelian dichotomy has prevailed in the context of Western science. This makes a logic that does not provide exact results and that removes the boundaries of membership between sets, difficult to understand. Instead, Oriental culture proved to be more ready to welcome the new flexible route, as always used (since the Vedic religion, through Hinduism, Buddhism and Zen) to break through bivalent logic with a more unified vision of Nature.

However, Fuzzy Logic is even more interesting when we apply its theories to situations other than purely technological.

According to Susan Haack (Deviant Logic, Fuzzy Logic: Beyond The Formalism, 1992), a fuzzy concept is a concept of which boundaries of application can vary considerably depending on the context and conditions, not fixed once and for all.

But it is precisely this vagueness to be one of the most characteristic elements of human life, of Nature, of the Universe, of the Whole. The reality is an open and complex system, where each frame is equal only to itself, in a continuous flow of unexpected connections and weaves that can be caught only with an adequately open approach. 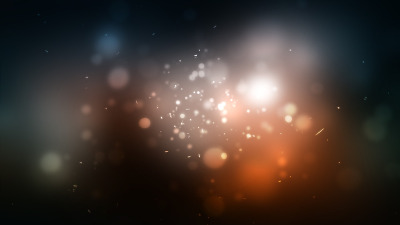 In the digital society in which we live, we are every day subjected to choices such as on/off, yes/no, in/out and it can sometimes seem so impossible to get out of this secular logic that inadvertently it is also applied on not merely technological domains. Yet the human mind knows how to find other ways (well-known by the thinking of Plato and a long line of philosophers, humanists, theologians from Augustine, Cusano, until Jung) and it is able to simultaneously move on different perspectives and to walk on more complex paths than just reductionist logic. Faced with a choice that seems to impose only two mutually exclusive stringent conditions, there is always another point of view (or level of reality) where the conditions can both be differently understood.

In other words, our brain is already able to fully grasp the nature of “fuzzy” things, to which it assigns their “degree of membership”, which varies accordingly as required by the context, the time and the information we have.

This method of approach of human thought is called Complexity by the philosopher Edgar Morin (as opposed to the simplification introduced by reductionism) and it indicates the ability to understand insights “of several parts linked to each other and dependent on each other“, exactly as it is the reality, nature, society, the environment around us.

Fuzzy Logic, therefore, is the one that appears – more than others – able to detect this particular characteristic of man: to integrate and consider all contexts, interconnections, interrelationships between the different realities as part of the vision. It is a new approach to mathematical logic that, instead of forcing the human thought to the binary reasoning of the technology, it tries to introduce in the technology itself some elements of “vagueness”, typical of the vastness of our analog thinking. The path is still long and hard to be able to develop the vast and unexplored potential of the human mind, however this can be a first preliminary road towards a re-enchantment of the world as advocated by Max Weber in the early years of the last century.