The Big Data phenomenon has reached a reality that is often baffling to the amount of information to be managed, and what for us today is called “Big” it will not be anymore in 5 years, from where it will be necessary to coin other terminologies and corresponding analysis technologies . 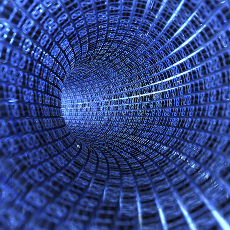 The scientific and technological world is thus in ferment in a general rush towards finding the most appropriate tools to get the answers to these extensive masses of data. Big Data represents a paradigm shift: from the Society of network and connection the approach is increasingly leaning towards information and database.

But the most striking feature that we detect approaching the phenomenon of Big Data, is precisely because of the size and deconstruction of data themselves: the information does not exist until the question is formulated.

It’s not like in the past, when it was not aware of where the information was even in the certainty that the information itself existed somewhere. For example, a disc in a shop, a book in some library, an item on the shelves; there was the determination of the research related to the specific question.
Now – and this is the great challenge – the answer is “created” by the question, which is now taking the most important role in the research, more than the answer itself.

So the question now becomes: how to formulate the right question to a Big Data set? The question is much more decisive of all possible answers.

From this postulate comes the need to absolutely consider necessary a transdisciplinary approach to the problem of Big Data. Plato himself, in the Apology of Socrates, wrote: “the greatest good of man is questioning about himself, and not worth living is a life without such activity.” 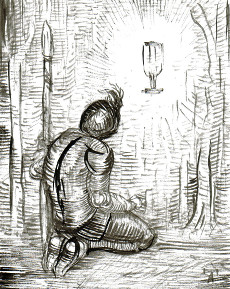 The investigation process of a Big Data set introduces elements that go beyond traditional scientific and technical disciplines and the action of “asking the question” implies reflections that reside beyond the disciplines themselves. Enzo Bianchi, Prior of the Community of Bose, recently wrote (La Stampa, 25.09.2014, “Why to ask means to live”): “The questions, therefore, create a complex and different humus for each of us, and it is in this area that our will can decide the good and the bad, can discern the questions and choose whether to engage in a reply or drop them.”

Without such an approach, the research in a Big Data may always be partial and never reach the required integrity. As well as Parsifal was unable to grasp the knowledge and save the King until – after numerous attempts – he didn’t ask the right question to Amfortas.