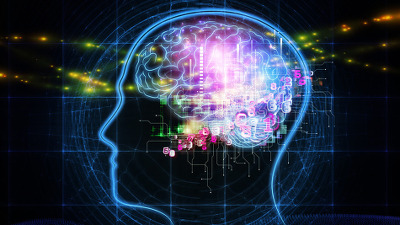 A problem of interpretation?

December 14th, 1900 is known as the date of birth of quantum physics. In fact, that day Max Planck presented his report to the German Physical Society in Berlin, in which he argued that the exchange of energy in the phenomena of emission and absorption of electromagnetic radiation occurs in discrete form, not in continuous form as claimed by electromagnetic classic theory.

It was like opening a door to a new universe, that of subatomic particles. In a few decades it was learned that the basis of the strength of the real world around us (people, objects, plants, animals, etc.) is a joyful swarm of tiny particles distributed in clouds of probability, essentially surrounded by empty space. A shocking and apparently incomprehensible reality for the man of the ‘900: how could that still solid rock actually contain billions of microscopic “objects” in motion?

With the passing of the years, the road was covered deeper and deeper, revealing ever smaller particles for which new unknown names were coined: Leptons, Gluons, Quarks, Neutrinos, Fermions, Bosons, and so on until the recent discovery of the Higgs Boson (2012) which certainly will not be the last of its kind.

What takes place in the infinitely small (subatomic particles) leaves the man gasped. Yet the reality around us seems so different from what quantum physics is presenting us. In our world, everything seems to be linear (to go from A to B we walk linearly each point that separates them), causal (there is always a cause / effect), local (distant objects can not have instance influence on each other), deterministic (you can always know simultaneously the position and velocity of an object), and so on.

However, in the quantum reality all that is contradicted.

Indeed, an electron that makes a transition from one orbital to another does not pass through all the points that separate them, but performs an instant “quantum leap” between the two levels (absorbing or emitting a photon) without assuming intermediate energy values. The quantum entanglement phenomenon (see below) – repeatedly experimented in recent times – shows us how two “entangled” particles can instantly react even if brought to great distances between them. Heisenberg’s principle introduces indeterminacy, showing how it is not possible to know at the same time the position and velocity of a particle.

In other words, elementary particles constitute the real world and yet the laws that govern their life appear in great contrast with those of material bodies they made. Of course, we know that bodies are predominantly made of empty space and that their rigidity is governed by electromagnetic forces inside atoms and between them, but being aware of the most intimate laws of the nature does not exempt us from having feelings of disorientation and unanswered questions.

The man can not have an absolute knowledge of the world: it thus appears as a completely undetermined and undeterminable object.

Could it just be an epistemological problem? The subatomic world clearly expresses itself in a language completely different from what the human mind is accustomed to using. We tried to represent quantum physics with mathematical and logic rules we have, forcing the descriptions of such amazing phenomena within formulas and speculative hypotheses that ultimately led only to conventions, uncertainty, probability. In other words, have we possibly used an improper language to describe a reality that exceeds our current methods of understanding and definition, without trying to find the correct interpretation of the world that we set out to explore?

The modes of thinking of the human brain are probably much wider than the mathematical mechanisms that we used in the field of quantum mechanics. In this regard, see the article “Filling old bottles with new wine” in which it is shown how often a wrong point of view or a single level of reality does not make it possible to grasp the full meaning of a question.

Take for example the Schrödinger equation, basic pillar of quantum mechanics. Mathematically, it represents a wave that in our real world could be physically an ocean wave. Yet it is not so, its meaning is far wider; we have created a stretch, a convention to use the same mathematical tools to describe a phenomenon of an entirely different nature.

Schrödinger’s wave function has been the subject of numerous debates among the greatest philosophers of science of the last century. Its value was conventionally indicated by the Greek letter ψ, which calculates the probability that a quantum measurement has a particular outcome. Before the measurement, the state of the system is in a situation of “superposition” of all possible states: it is only after performing the measurement that the system “collapses” in a given state.

This lends to two different interpretations: ontological and epistemological. For the ontological approach, ψ represents the reality as it is, and the collapse of the wave function is nothing other than the natural evolution of the system as a result of the interaction with the surrounding environment. By contrast, the epistemological view holds that ψ represents at most our limited knowledge of the state of the system and the collapse of the wave function is not an actual physical process, but the near-instantaneous updating of our knowledge about the state of the system. It is only our knowledge that seems to change discontinuously, not the current state of the quantum system.

Hence, the possible theoretical speculations become countless. Is the wave function objective reality or just subjective knowledge? Rather than pursue the paradoxes and mental speculation, it might be more constructive to take first a path of reflection. We have seen that physics and mathematics have essentially presented us three distinct worlds: that of the microscopic particles, the visible one where we live on this Earth and the world of the great cosmological intergalactic distances. For each of these worlds, scientists have studied and worked out formulas that describe the basic laws. Yet, despite the efforts, an unifying law expressing its validity from quantum physics to cosmology has not yet been found and tested.

The need to push the boundaries beyond the limitations imposed by the current mode of scientific research is overlooking the horizon, using an approach that takes into account other human disciplines that integrate – with insights and knowledge – the models presented by physics, analyzing them through the perspective of different levels of reality. In other words, a transdisciplinary research that is able to integrate the “inquirer” (the man) and make the necessary connections.

The answer to this problem is to recognize that there are different ways of knowledge and there is no hierarchy between them. On the contrary, the different modes are complementary and they belong to different levels of reality. Basarab Nicolescu, a theoretical physicist, President and founder of the International Center for Studies and Research Transdisciplinary (CIRET), introduced the concept of “levels of reality” as the first fundamental axiom of transdisciplinarity.

Back to our case, we can easily detect the three levels:

According to the common scientific approach the physical laws in each of these domains of reality are isolated and are valid only within each domain separately. Yet the three levels exist simultaneously and contradictions present in one of the layers do not become inconsistent in the other two.

An example of what above can be found in the psychological phenomenon of synchronicity, a concept coined by Carl Gustav Jung as a link between two events occurring simultaneously, connected to each other in a non-causal mode (see article The encounter between Jung and Pauli). Non-causality is a principle that has no reason to exist in our level of macrocosm, but it is one of the basic principles of quantum entanglement in the quantum reality.

Entanglement is one of the most striking phenomena related to the world of quantum particles. Two particles are entangled when the properties of one of them are completely correlated with the properties of the other. (Eg: two electrons on the same orbital are described by a single wave function. They have opposite spin, according to the exclusion principle). Two entangled particles are no longer two separate entities, but one manifestation of a single entity.

Numerous experiments in different times and places have repeatedly confirmed this phenomenon, causing the instantaneous change of state of an entangled particle several kilometers away from the other. This generates an apparent instantaneous propagation of signals, beyond the speed of light, but this conclusion is wrong: in fact there is no “propagation” because there is no mechanism of cause and effect, there is nothing physically that “travels “from one particle to another. It is not about signals, but it is the intimate structure of the Universe, where everything exists intimately linked, beyond space and time.

The effects of the entanglement phenomenon in the world we live are many. In addition to the aforementioned psychological synchronicity, quantum energy transmissions in entangled particles were detected in the process of photosynthesis in plants (see article on Kurzweil Accelerating Intelligence).

According to studies carried out by the English physicist Roger Penrose, algorithms do not drive the human brain then its processes or mechanisms are not describable by the traditional mathematical formalism. At this point, however, the quantum theory arises as a possible candidate for the definition of a plausible model. Together with the physician Stuart Hameroff, Penrose discovered how the microtubules of brain cells (which make up the cytoskeleton) are suitable candidates to support quantum computing and in particular the phenomenon of entanglement.

The two scientists, following recent tests of their theory called Orch-OR (Orchestrated Objective Reduction), have suggested a direct relationship between the quantum vibrations of microtubules and the formation of consciousness. Hameroff and Penrose write that “the origin of consciousness reflects our place in the universe, the nature of our existence. Did consciousness evolve from complex computations among brain neurons, as most scientists assert? Or has consciousness, in some sense, been here all along, as spiritual approaches maintain? … our theory accommodates both these views, suggesting consciousness derives from quantum vibrations in microtubules, which both govern neuronal and synaptic function, and connect brain processes to self-organizing processes in the fine scale, ‘proto-conscious’ quantum structure of reality”.

Many modern scientists, including theoretical physicist Brian Greene of Columbia University, believe that the universe is a whole inherently entangled and coherent with itself. If the universe was – about 15 billion years ago – concentrated in a point of almost infinite density, there are valid reasons to believe that at that time all the component parts of the universe were entangled with each other, given the significant and very close interaction they were subjected. If so, a ghost of this ancient relationship was maintained even today, to levels that do not yet know, a sort of universal entanglement at the most basic level of the particles.

There would then be considered that in some way all the particles of the universe maintain a kind of memory of every other particle contained therein and that the separation that divides things in our daily universe – albeit “real” from a Newtonian and relativistic point of view – is only an illusion when viewed from points of view of other levels of reality.

What has been left from initial entanglement? Which unexplored connections can be unexpectedly revealed? Right now we can only be certain, as confirmed by science and already theorized by ancient cultures wisdom, that Man is part of a Whole, a microcosm of the macrocosm, a pliant part of the Universe (G.Ungaretti).